On November 15, 2017, LIGO Scientific Collaboration announced the observation of another binary black hole coalescence. The gravitational waves were observed by the twin LIGO detectors on June 8, 2017. This is the lightest black hole binary observed so far, with component masses 12 and 7 times the mass of the sun. 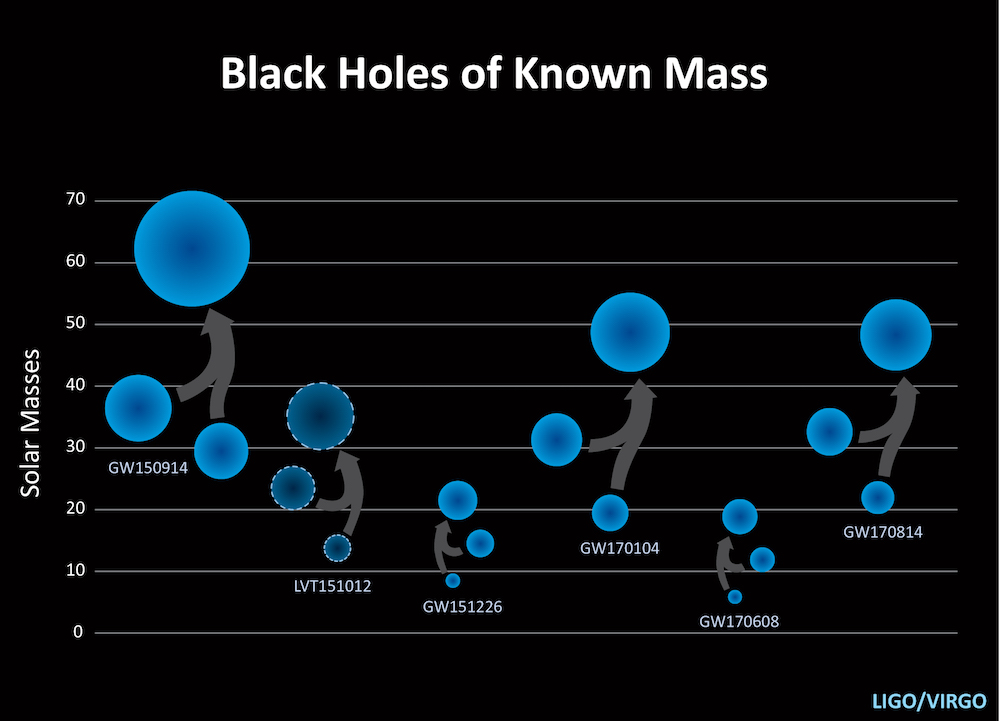 Black Holes Discovered by LIGO. LIGO and Virgo have detected a range of stellar mass black holes. On the low-mass end, sources like the recently announced GW170608, and also GW151226, have masses comparable to those observed in x-ray binaries. The sources GW150914, GW170104, and GW170814 point to a higher-mass population that was not observed prior to these gravitational-wave detections. This figure also shows LVT151012, a LIGO candidate event that was too weak to be conclusively claimed as a detection. [Image credit: LIGO/Caltech/Sonoma State (Aurore Simonnet)] 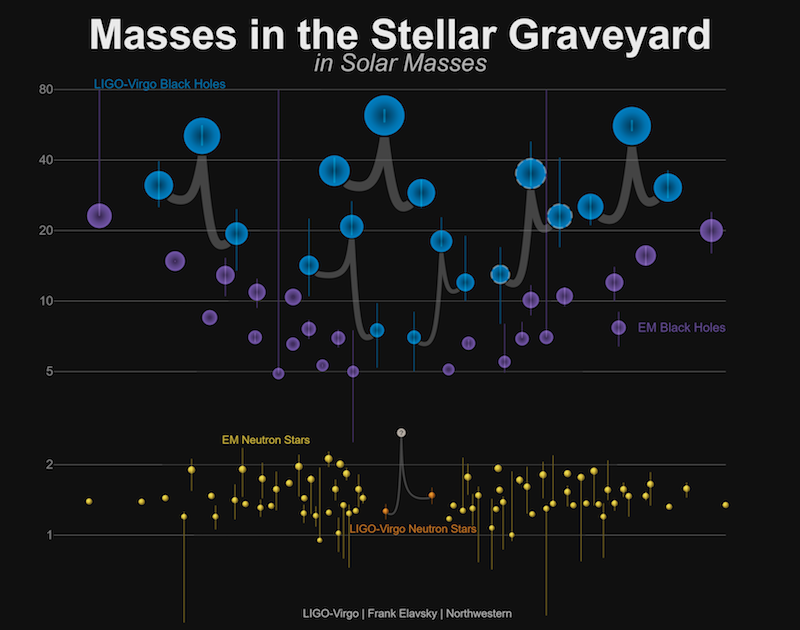 Black hole and Neutron Star Masses Compared. The masses of stellar remnants are measured in many different ways. This graphic shows the masses for black holes detected through electromagnetic observations (purple); the black holes measured by gravitational-wave observations (blue); neutron stars measured with electromagnetic observations (yellow); and the masses of the neutron stars that merged in an event called GW170817, which were detected in gravitational waves (orange). GW170608 is the lowest mass of the LIGO/Virgo black holes shown in blue. The vertical lines represent the error bars on the measured masses. [Image credit: LIGO-Virgo/Frank Elavsky/Northwestern]