On January 6, 2020, the LIGO Scientific Collaboration and the Virgo Collaboration announced the discovery of a second binary neutron star merger, labeled GW190425. This is the first confirmed gravitational-wave detection based on data from a single observatory. No electromagnetic counterpart was found. This system is notable for having a total mass that exceeds that of known galactic neutron star binaries.


Additional numerical simulation of GW190425 This video shows the numerical relativity simulation of a binary neutron star system compatible with the source of the GW190425 signal, detected by the LIGO-Virgo global network of gravitational-wave detectors on April 25th, 2019. It is made of two parts, both showing the last orbits of the neutron stars, then their collision, followed by the prompt collapse of the remnant into a black hole. The first part focuses on the dynamics of the neutron star matter in the strong field central region; the highest mass-density (blue) are above nuclear densities, the white surfaces appearing later approximate the black hole horizon. The second part, a zoom out of the same simulation, shows the propagation of the emitted gravitational waves on the orbital plane and far from the source.
[Credit: CoRe collaboration www.computational-relativity.org / Jena FSU] 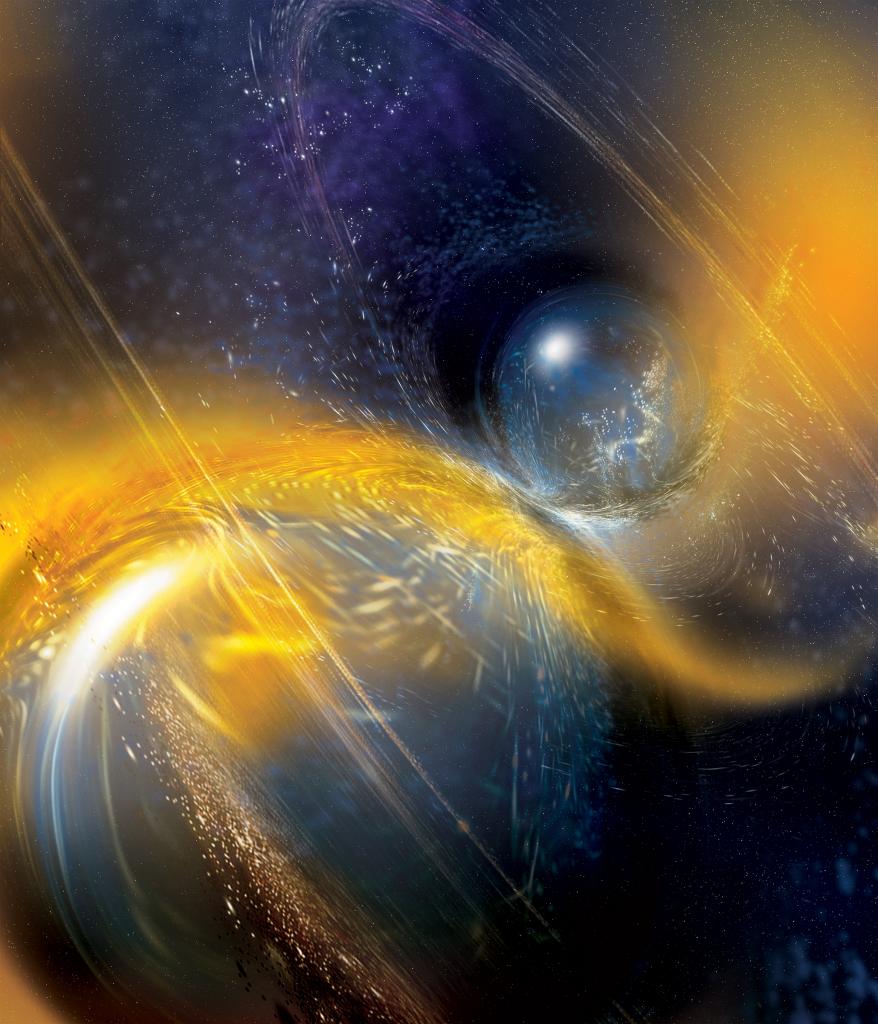 Spectrogram of the data from the LIGO Livingston detector at the time of GW190425.
The color scale shows a measure of the power present in the data at a given frequency and time. The animation alternates between two frames showing: (i) the spectrogram of the data (detector noise + signal) and (ii) the data with the GW190425 waveform subtracted. The differences between these spectrograms clearly show a "chirp" signal characteristic of compact binary inspirals. [Image credit: LIGO/Virgo.]