On November 7, 2021, the LIGO-Virgo-KAGRA Collaboration released the results of the second-half of their third observing run (O3b). This third Gravitational-Wave Transient Catalog (GWTC-3) is the largest catalog of mergers involving black holes and neutron stars released thus far and includes events released in prior observing runs. Since the last catalog release (O3a) in October 2020, we report here an additional 35 gravitational wave events observed between November 2019 and March 2020, bringing to 90 the total number of observed events since LIGO/Virgo operations began. Additional information can be found in the publications, companion papers, science summaries, and other resources below. 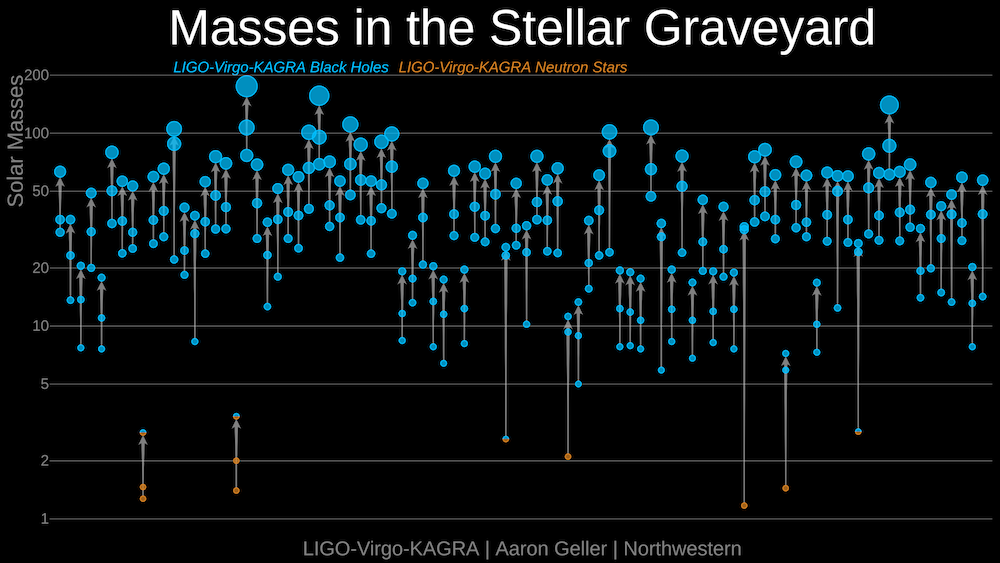 Masses of detected LIGO/Virgo compact binaries. This plot shows the masses of all compact binaries detected by LIGO/Virgo, with black holes in blue and neutron stars in orange. The objects are arranged in order of discovery date. See also a version including black holes and neutron stars discovered via electromagnetic telescopes, as well as an interactive version of this figure. [Image credit: LIGO-Virgo/Aaron Geller/Northwestern] 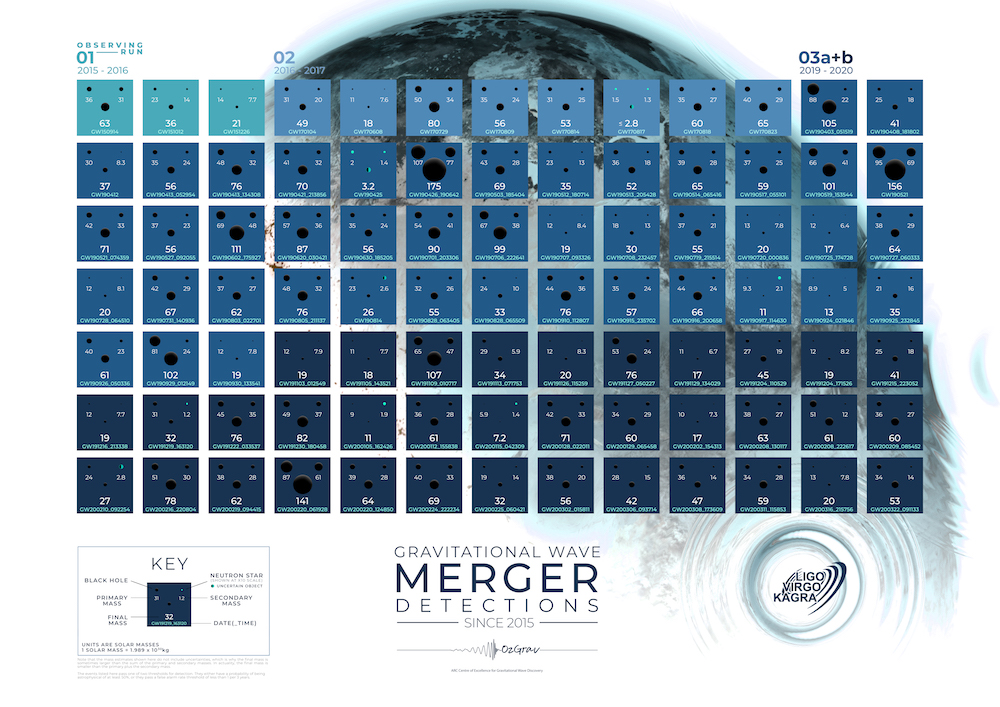 Graphical table of all gravitational wave events discovered from 2015 through the end of LIGO/Virgo's third observing run. The table includes the gravitational event name, the type of binary component (black hole, neutron star, or uncertain), the masses of the primary and secondary, and the mass of the final merged object. See also a large size version of the file (19MB) and a pdf version (both suitable for poster printing), as well as a black-background version.
[Credit: LIGO/Virgo/KAGRA/C. Knox/H. Middleton] 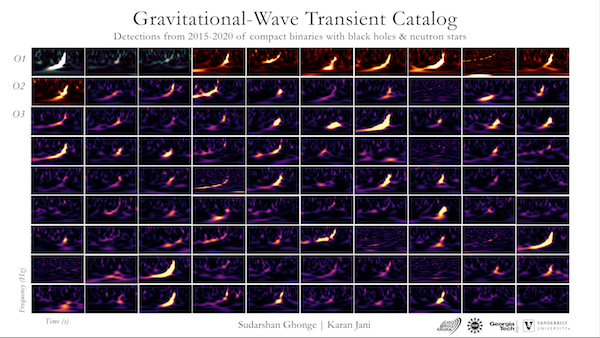