Check out the videos, audio files and images below. You can also visit the LIGO-Virgo Youtube channel for documentaries, explainers, talks, archived live-streams, and more!

Watch the short videos in this section to learn about what gravitational waves are, how we detect them, and where they come from.

The Advanced LIGO Documentary Project has produced an eight-part video documentary series by director Les Guthman, with funding from The National Science Foundation, MathWorks, Caltech and MIT. You can watch all available episodes on Vimeo or on Youtube, or see the first episode directly below.

Other video documentaries about LIGO

The sounds of gravitational waves

While gravitational waves are not the same as sound waves, many of their properties are quite similar to sound. Converting gravitational-wave signals to sound is a great way to directly experience their characteristics – follow these links and it will be almost as if you're listening to the rippling fabric of spacetime itself!

The "chirp" tones of the first two LIGO detections are available for download. Formats are suitable as ringtones for either iPhone or Android devices. (click here for installation instructions). Credit: LIGO.

Click on the thumbnails below to see a gallery of photographs for each subject heading.

Images are provided by the LIGO Laboratory unless otherwise noted. LIGO Lab images may be used freely in the public domain with an acknowledgement to "LIGO Lab/Caltech/MIT." 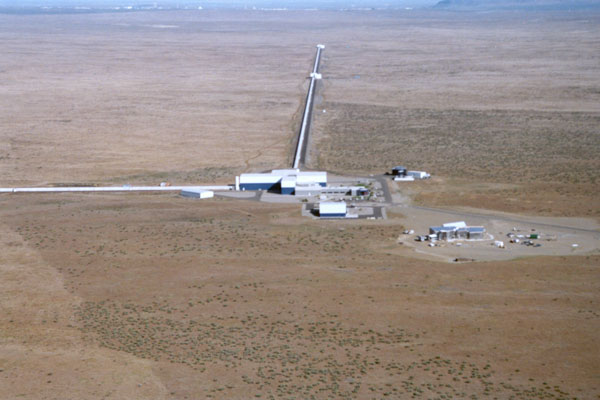