Our publication describes a search for continuous gravitational waves emitted by neutron stars which are not observed through electromagnetic radiation and which are spinning at frequencies between 10 Hz and 1000 Hz. This corresponds to gravitational-wave frequencies of 20 Hz to 2000 Hz. The low-frequency results were previously published. For this new search, we have again used data from the first observing run (O1) of the Advanced LIGO detectors. O1 achieved a dramatic improvement in sensitivity to gravitational waves with respect to previous science runs of the initial LIGO and Virgo detectors (see, e.g. here or here). Although roughly 2500 neutron stars are observable through emission of electromagnetic radiation — mainly in the radio, gamma-ray and X-ray bands — a much larger number of neutron stars, of the order of 100 million or more, is expected to exist in the Milky Way. Such stars are not visible through their electromagnetic emission because it is either too faint or not pointed toward Earth. A significant number of them, however, could emit gravitational waves detectable by the advanced gravitational-wave detectors.

The search for such signals is complicated by the lack of any prior information on the source: its sky position, gravitational-wave frequency and spin-down are unknown. This means that a large number of possible combinations of these parameters must be explored in order not to miss any potential signal. The optimal data analysis strategy to extract the faint continuous-wave signals from the detector noise is based on "matched filtering" (also used for the search of the transient signals emitted by coalescing binary systems). However, matched filtering becomes computationally prohibitive when data stretches of the order of months or years are used and many parameter combinations are searched over. Hence, to search for these signals with the available computing power, "hierarchical" approaches have been developed in which the entire data set is broken into shorter segments, covering about half an hour to about two hours, each of which is independently analyzed. Afterwards, the information from the different segments is combined. More specifically, for the search described here three different hierarchical methods have been used: PowerFlux, SkyHough, and TimeDomainFstat. These methods differ in several important aspects — like the nature of how the segments are combined, the kind of cleaning procedures used to remove instrumental artifacts from the data, the way to follow-up interesting signal candidates, and the procedure used to compute upper limits on signal strain.

We have applied all these methods to a search of continuous gravitational-wave signals in O1 data from the entire sky and over a large range of spin-downs between -1.0 × 10-8 Hz/s to 1.0 × 10-9 Hz/s. The results of our analyses do not show any evidence for the presence of a continuous-wave signal in the data set. However, we can still establish upper limits on the signal amplitude, i.e., limits on how strong a signal could be and not be detected (Figure 1). For example, at a frequency of 200 Hz we can exclude the presence of signals with gravitational-wave strain amplitude of ~ 3 × 10-25 or higher with a 95% confidence level. The second figure shows the so-called &#34astrophysical reach" of the search, which is the relation between the frequency, spin-down and distance for a potentially detectable source. For instance, a source with an ellipticity larger than roughly 2 × 10-7 and emitting a signal at 1500 Hz or larger would be detectable in our analyses if it was closer than 1000 parsecs. 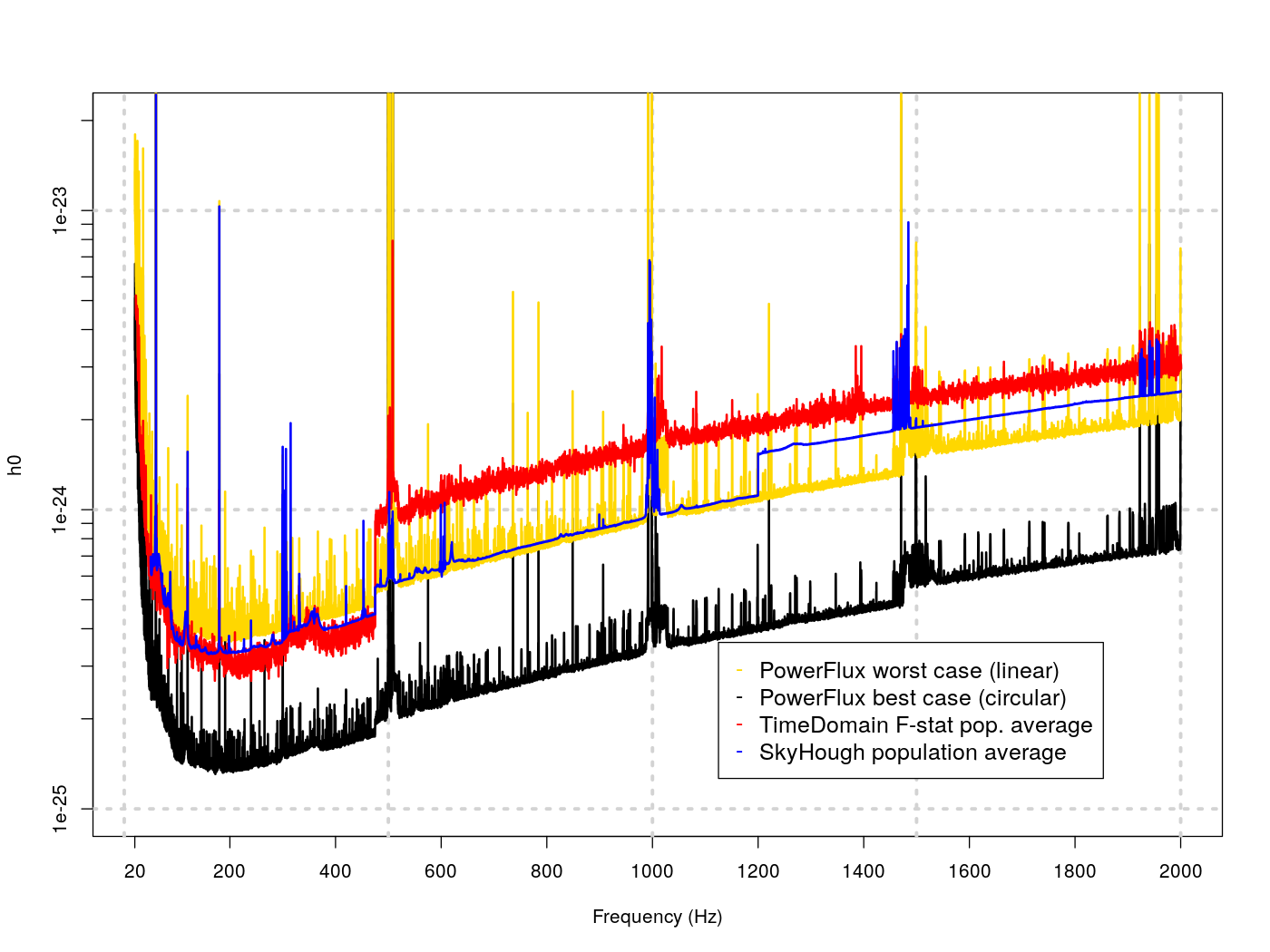 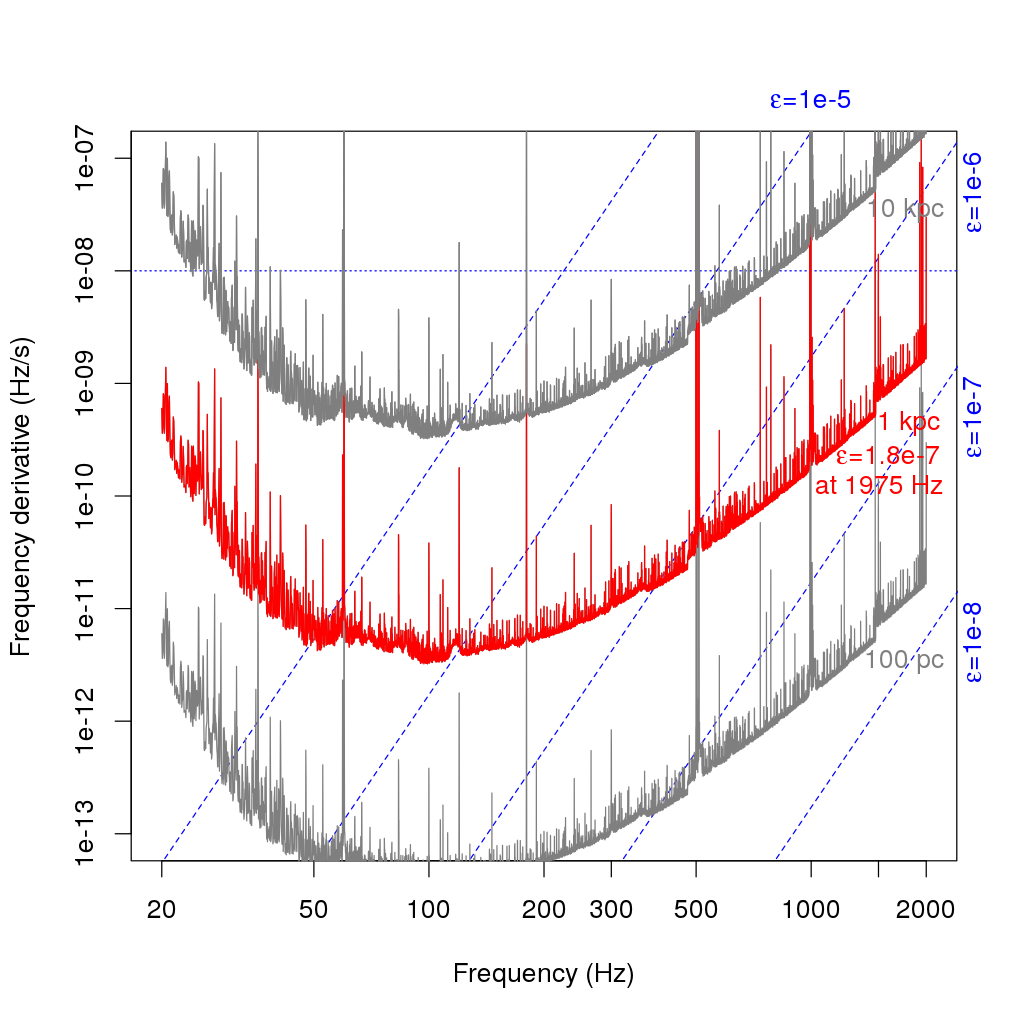