A number of sources are expected to produce transient gravitational waves on a "long" timescale (i.e. a few seconds to several minutes), and we are looking for them! Some of the astrophysical phenomena expected to emit such gravitational waves include matter asymmetrically falling into a newborn neutron star, clumps of matter in the accretion disk of a spinning black hole, and slight deformations on magnetar surfaces. Models that account for all of the important physics of such phenomena are not always available and their emitted gravitational energy is spread over a longer period of time, making them harder to detect compared to shorter and louder signals. The search presented here thus uses only the assumption that the signals are long, which makes it also sensitive to gravitational waves emitted from unpredicted sources. Minute-long gravitational-wave transients are an exciting class of signals for the advanced detectors and offers strong potential for new science. These are in contrast to well-understood compact binary coalescences detected by the LIGO Scientific Collaboration and Virgo Collaboration, like GW150914 and GW170814, both created by colliding black holes, or GW170817, created by colliding neutron stars. In this analysis, we only use data from LIGO, as Virgo was not yet available in the first observing run.

Many different methods can be used to tackle a search for poorly-understood and long gravitational-wave transients. These methods need to be carefully balanced to discard the noise in the detector while remaining sensitive to a wide range of potential real signals. To strengthen this search, we combined the results from 4 pipelines (coherent WaveBurst, Spherical Radiometer, STAMP - Zebragard, STAMP - Lonetrack) which use different analysis techniques, each slightly more sensitive to particular sources. All pipelines report overall sensitivities on the astrophysical models, as well as on the ad-hoc models used to characterize each pipeline's sensitivity.

The results from each individual pipeline over 49 days of coincident detector data during the first observing run were compared against the background data. We do this by constructing an estimate of the probability of getting events louder than a given value, otherwise known as a false alarm probability (Figure 1). All gravitational-wave candidates reported by the 4 pipelines are consistent with the background and we did not find any signals. In the absence of detection, we update the rate of events established previously for different families of sources and show an improvement by a factor ~3 in the maximal distance for which one can expect to detect an event with Advanced LIGO (Figure 2). While, for such uncertain models, it is impossible to predict when a detection will occur, the chances improve as the detectors get better and better.

For more information on the meaning of these figures, see the published version of the paper or the preprint at arXiv.org. 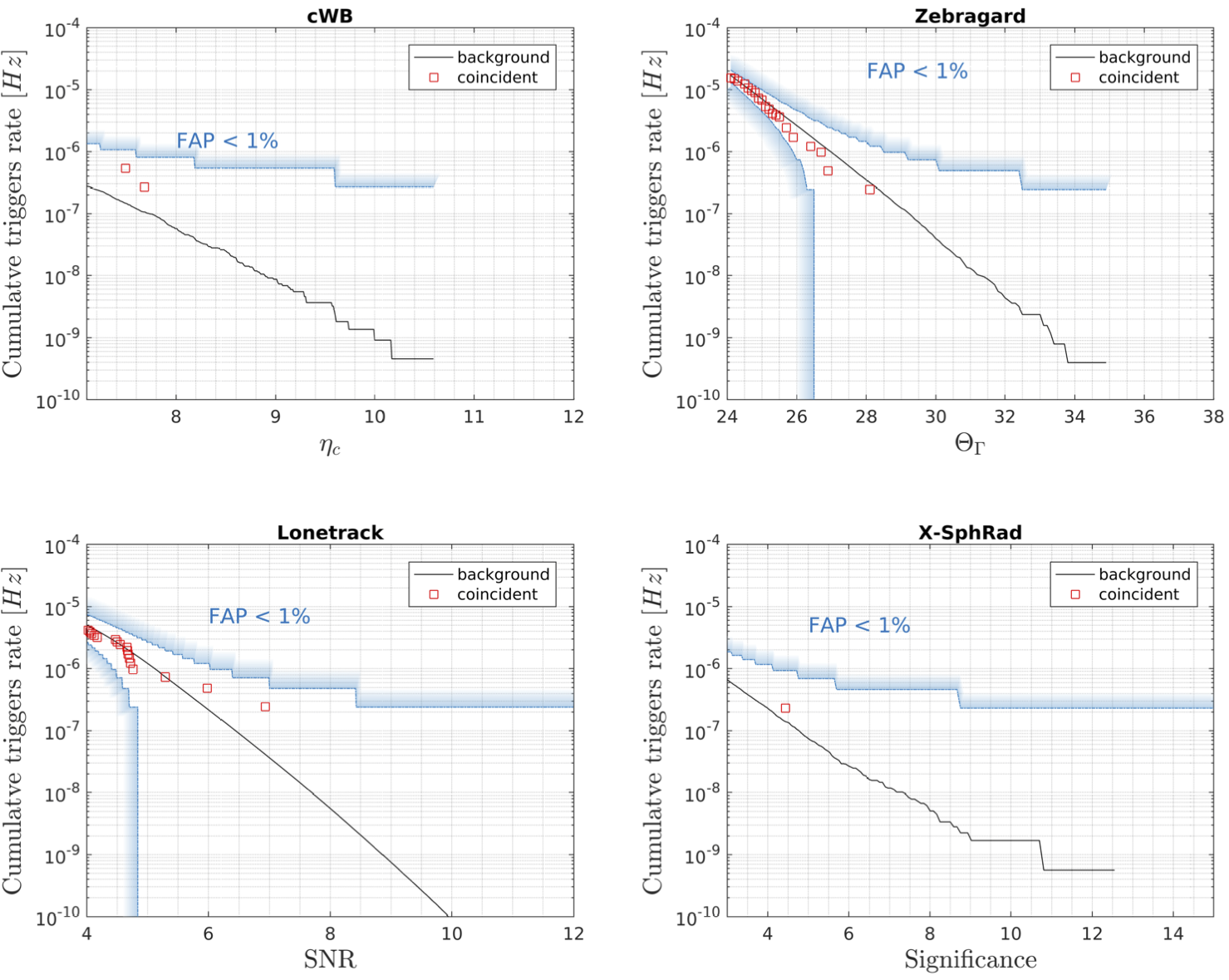 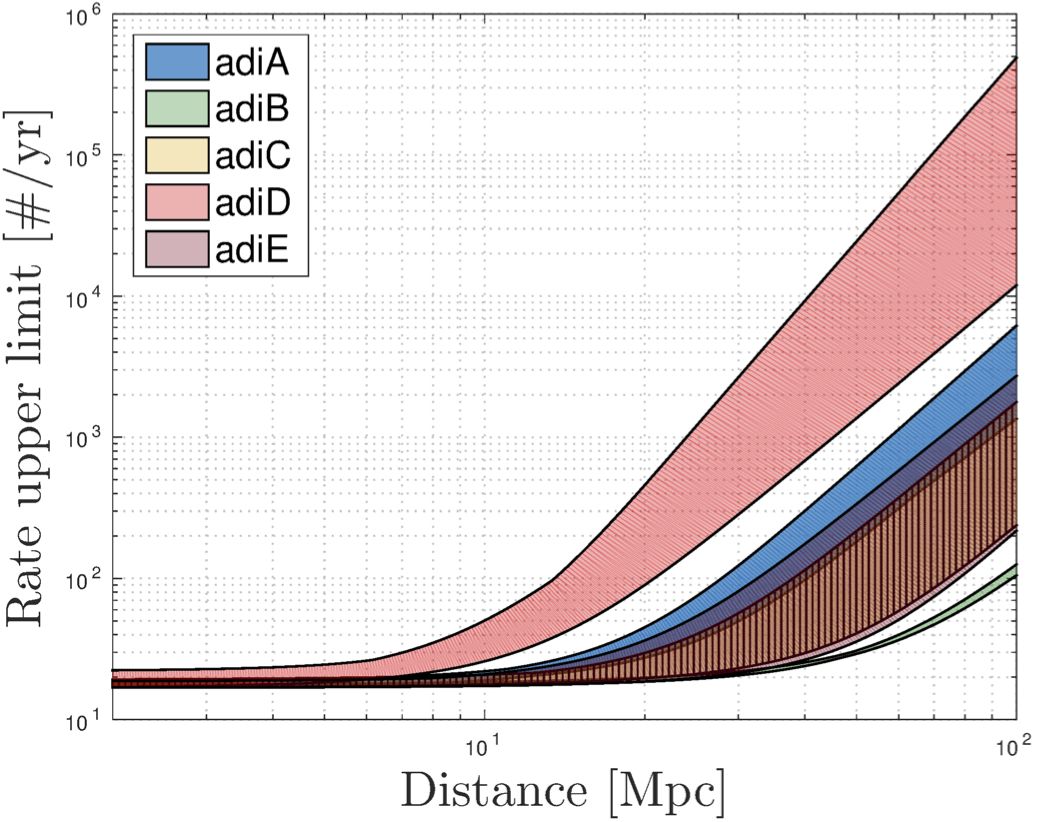 Figure 2: We constrain the rate of astrophysical events as a function of distance. This tells us how few events there are of a given type within some distance to us in the Universe. The dashed region covers the overlap between D and E.