During their lifetime, stars shine by generating energy through nuclear fusion. This release of energy creates an outwards pressure that counterbalances the inward force due to gravity. The two forces cancel each other out, and the star stays in this equilibrium for millions or billions of years, depending on its initial mass. Heavier stars shine brighter and use up their fuel quickly, living for a shorter period.

Once the star has burned all of its fuel, nuclear fusion process is no longer able to counterbalance the gravitational force. This leads to stellar collapse and a new battle emerges: one between gravity and another type of force due to the electron degeneracy pressure. If the star is massive enough, gravity eventually wins, and a neutron star or a black hole is formed. Some of these very compact bodies happen to exist in pairs as binary star systems orbiting around each other, bound by gravity. As time passes, the system continuously loses energy which brings the two star remnants closer and closer to each other until they merge to form a single black hole or neutron star. When this happens, a very large amount of energy is liberated through gravitational waves, which can be observed by the LIGO detectors.

The star needs to be heavy enough to form neutron stars, and even more for black holes. Current theories explaining star formation predict that the stars can end up as a black hole only if their mass is larger than a certain threshold. In particular, we do not expect to observe neutron stars or black holes with less than the Sun's mass. A LIGO detection of a compact object with mass below one solar mass would be extremely interesting, as it would indicate that there are other yet to be discovered ways to form black holes. This would have profound implications for our understanding of the history and evolution of our universe.

Primordial black holes are especially interesting because they have been considered as a potential form of dark matter. Dark matter is a form of matter that makes up most of the mass in our universe, but does not emit any light which makes it very difficult to study. Its origin and composition still elude us today. Primordial black holes could be a possible explanation as they interact gravitationally but do not emit any light. Several collaborations have looked for primordial black holes in the past to find clues of their existence - either by studying the motion of stars in distant star clusters or by looking for the expected bending of light passing close to a hypothetical primordial black hole. So far no compact objects have been observed, allowing scientists to constrain the number of such hypothetical objects in the universe. However, LIGO has access to a new way of observing these objects and provides a new, independent way to learn about them.

Although detecting such ‘ light ’ objects is a challenge on many levels, LIGO's sensitivity to faint signals makes it possible. Using LIGO data from 2015 and 2016, we searched for black holes as light as one fifth the mass of our sun. We didn't find any candidate signals for primordial black holes, but we were able to place new limits on how much of the dark matter they can make up.

LIGO is still getting more sensitive, so in future sub-solar mass searches we will be able to probe an even bigger part of the universe. This will let us search for lighter black holes, and for even weaker signals. Once we reach the maximum sensitivity of the detectors, we will either see a primordial black hole, or put extremely tight constraints on the possible mass and amount of such black holes in our universe! 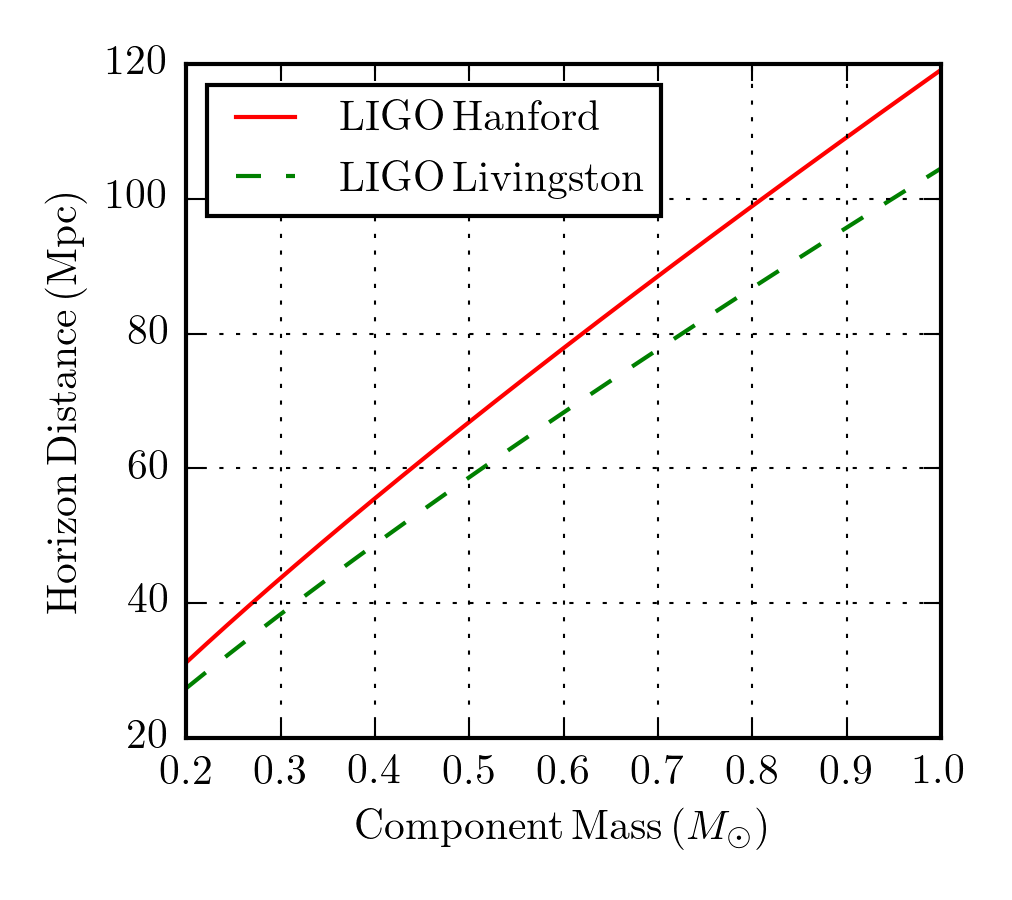 Figure 1: The maximum distance to which LIGO could observe an optimally located and oriented binary. 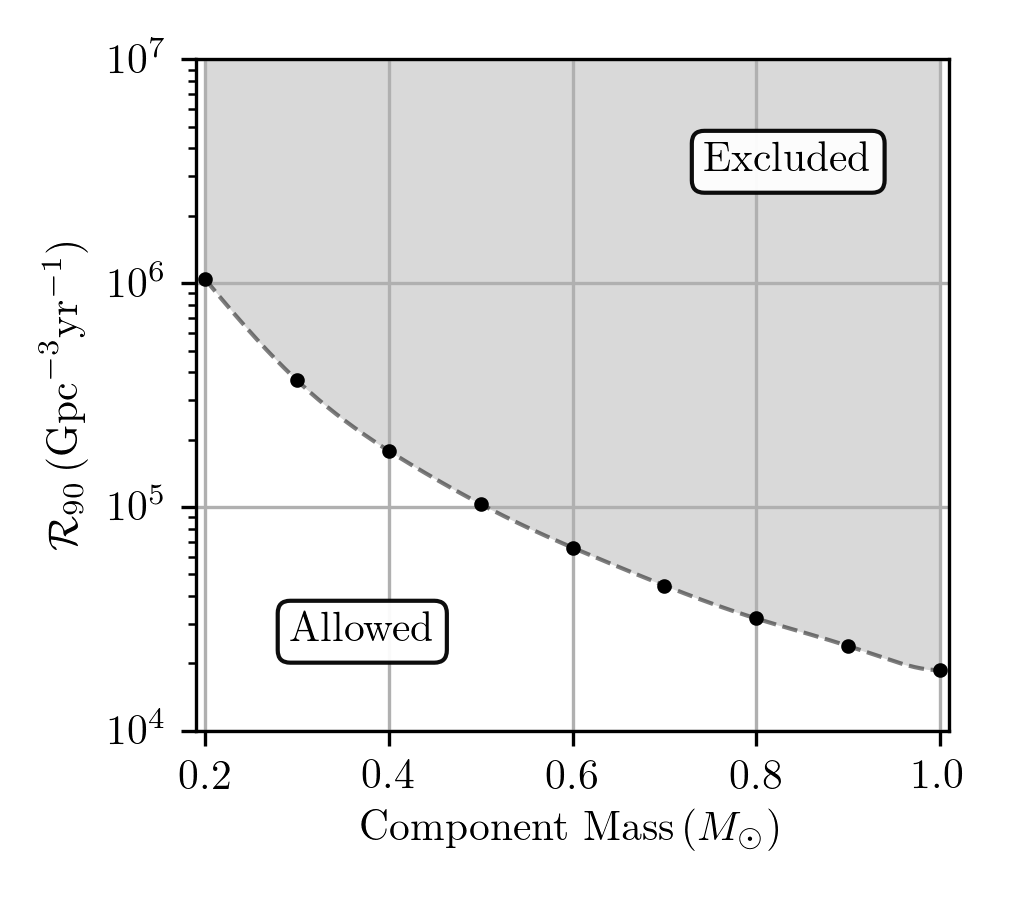 Figure 2: The upper limits on the merger rates of equal mass binaries of sub-solar mass. 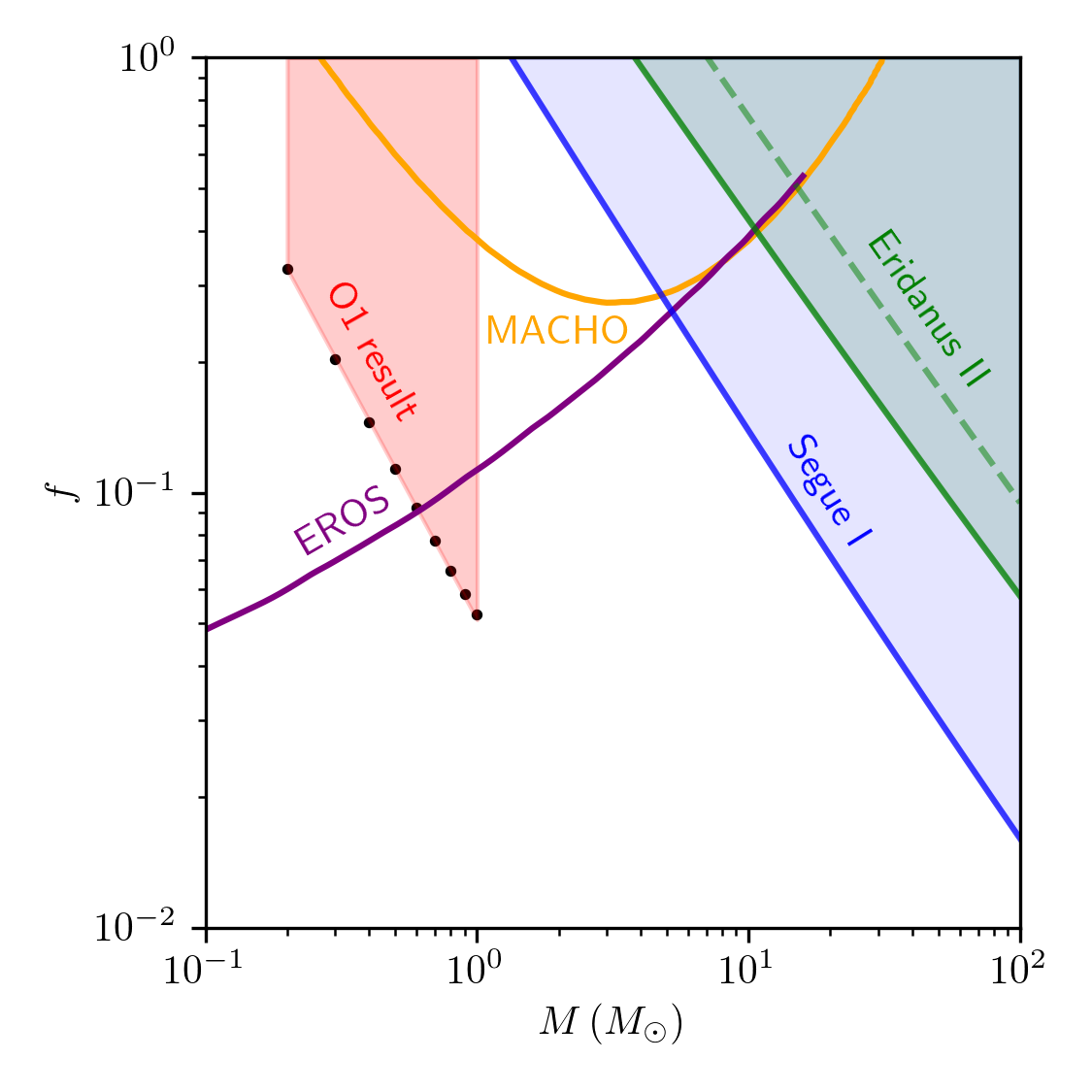