Searching for Gravitational Waves from Magnetars

Dated 08 March 2019. Read this summary in PDF format (in English) and in other languages: German .

Magnetars are a type of neutron star characterized by extremely strong magnetic fields—up to a hundred billion Tesla (see Figure 1 for an artist's impression). Astronomers have identified about 20 magnetars in the Milky Way galaxy. Magnetars are also known for their unpredictable production of short bursts of gamma rays (lasting about a tenth of a second), and very rarely emit giant flares, the much brighter cousin of short bursts. It is thought that these bursts are caused by the crust of the neutron star cracking under stresses induced by changes in their magnetic field. Such events could result in widespread vibrations in the star, ringing it like a bell. Such ringing could produce gravitational waves.

Finding gravitational waves from magnetars would enable us to learn about these stars in a way that's not possible otherwise. While astronomers have been studying them for many years, there's a lot that we still don't know about magnetars. They likely form from what's left over after a supernova explosion, but we don't know how they manage to attain such a large magnetic field. Telescopes studying them are able to discover some of their features, like their rotation rate and an estimate of their magnetic field strength, but gravitational waves could allow us to probe the interior of the star and determine properties of the matter that they're made out of.

Here we present the results of a search for gravitational waves accompanying magnetar bursts. Scientists who work on NASA's Swift and Fermi satellites identify and catalog magnetar short bursts, and helped us identify four which occured during Advanced LIGO's second observing run, which ran from December 2016 through August 2017 (no giant flare has been observed since 2004). We analyzed these bursts using two software packages: STAMP, configured for gravitational wave bursts lasting a few hundred seconds, and X-Pipeline, configured for those lasting less than four seconds. Three of the bursts were from magnetar SGR 1806-20, while the other was GRB170304A, a gamma-ray burst that looked similar to magnetar short bursts. Because Virgo was not operating at the times of these bursts, only LIGO data was used.

This search did not find any evidence of gravitational waves from magnetar bursts, but we did show that this search is much more sensitive than a similar one carried out in 2010 during initial LIGO. Plots of the results are shown in Figures 2, 3, and 4. Thanks to both instrumental and software improvements, we are able to detect gravitational waves up to ten times smaller than we were then. As the LIGO detectors increase in sensitivity, these upper limits will improve, and we will be well-positioned to place meaningful limits on emitted GW energy in the event of a future nearby magnetar giant flare. 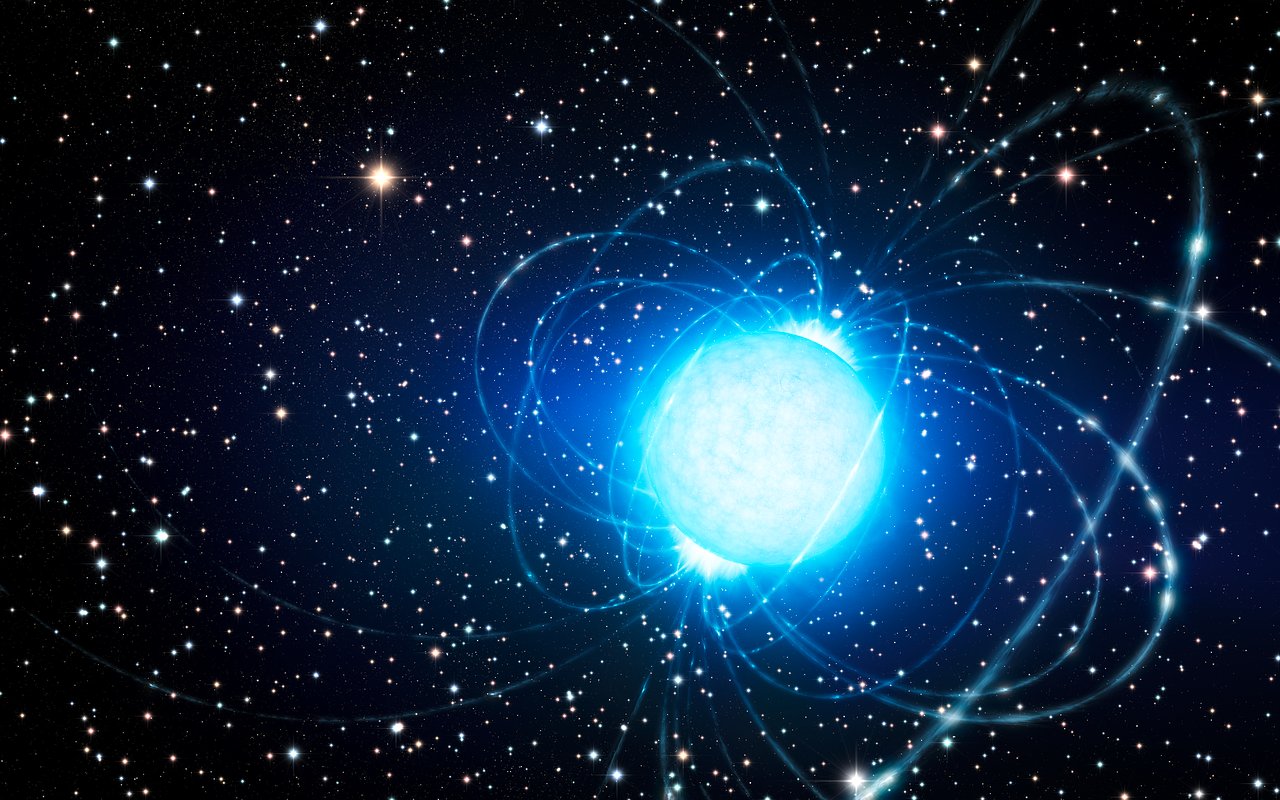 For more information on how these figures were generated and their meaning see a free preprint. 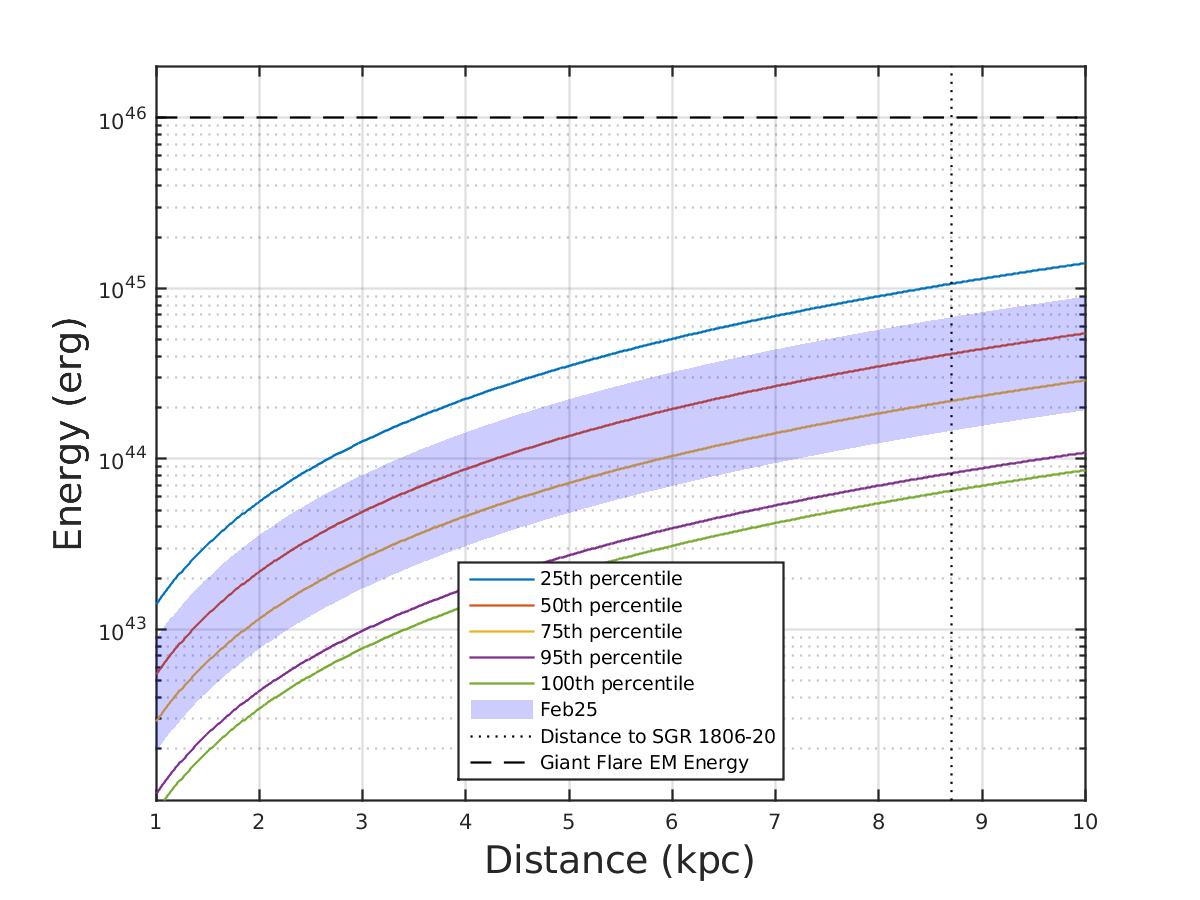 Fig. 2 (Fig. 4 of the publication): This figure shows the smallest amount of gravitational wave energy that would be detectable by this search, with the distance to the source on the horizontal axis (1 kpc, or kiloparsec, is about 3000 light years). There are a number of different lines shown because the exact sensitivity depends on the location of the magnetar in the sky at the time of the burst and the polarization of the gravitational waves. The giant flare electromagnetic (EM) energy shown here is the same energy that the Sun emits in 100,000 years. 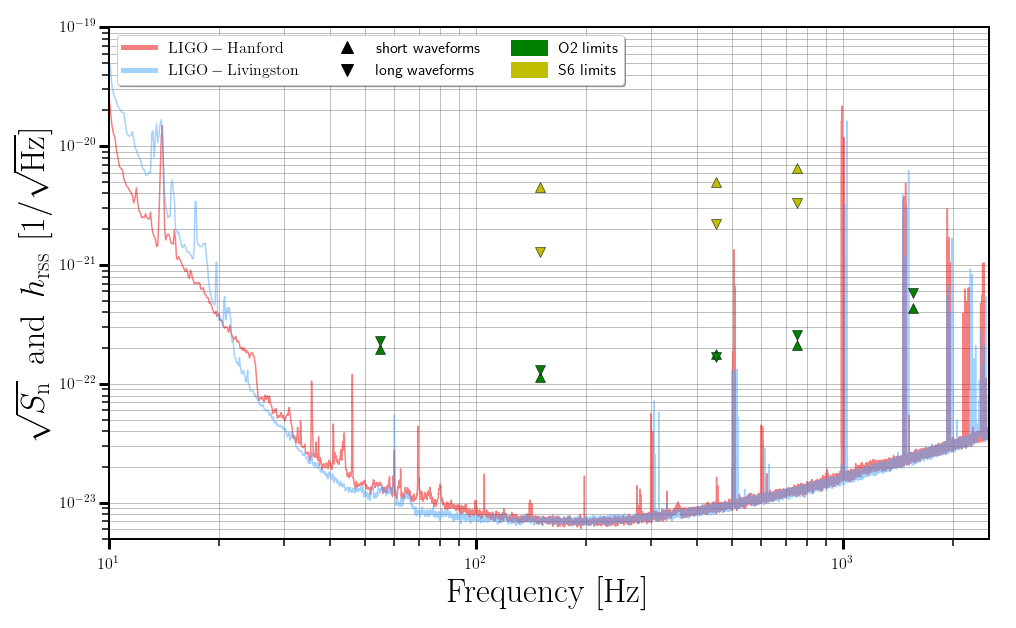 Fig.3 (Fig. 3a of the publication): The sensitivity of the intermediate-duration search, compared to the results of a similar search from initial LIGO, with the average noise in the two detectors shown in blue and red. The sensitivity to the waveforms was calculated by adding simulated signals of varied strength to the data. These points are above the detector sensitivity curve for a few reasons: first, the noise often deviates slightly from the average. Second, the simulated signals are spread out in time, making them more difficult to detect. 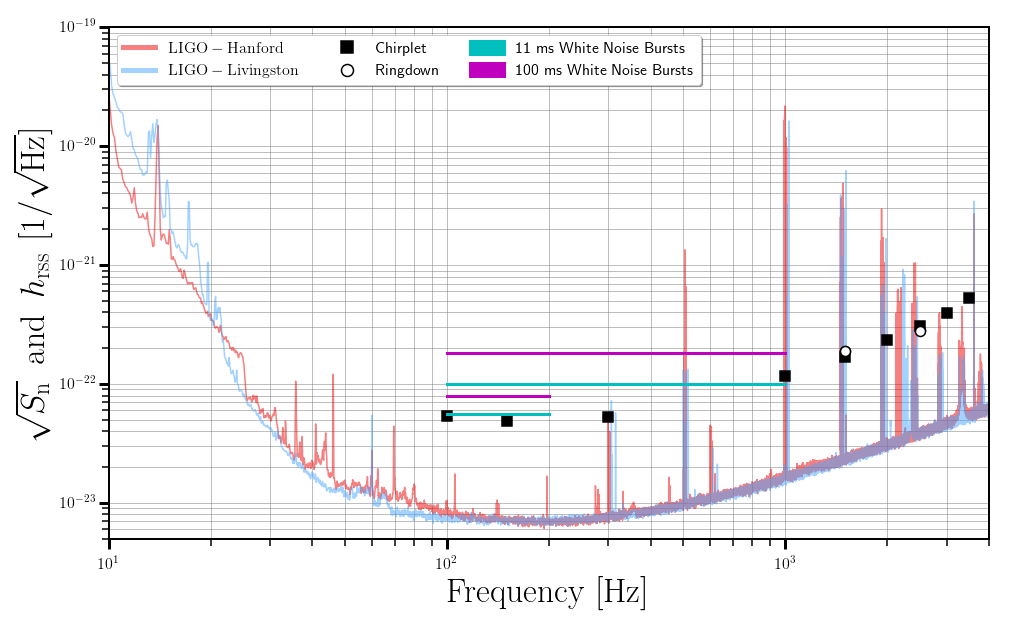 Fig. 4 (Fig. 3b of the publication): The sensitivity of the short-duration search, evaluated with three different waveforms, with the average noise in the two detectors as above.