Dated 14 October 2019. Read this summary in PDF format (in English) and in other languages: German .

Stars generate energy through nuclear fusion, and the energy released creates an outward pressure that counteracts the inward force due to gravity. When the star burns through all of its fuel, the pressure generated from nuclear fusion is no longer able to counterbalance the gravitational force, leading to gravitational collapse. For extremely massive stars, the strength of gravity is greater than even the electron degeneracy pressure, which leads to the formation of a neutron star or a black hole.

Black holes and neutron stars formed in this way are said to arise from ‘stellar evolution’. From our current understanding of stellar evolution, we do not expect either neutron stars or black holes to form with less than the Sun’s mass (one solar mass). A gravitational wave detection of a compact object with mass below one solar mass would therefore be an indication of a new formation channel for black holes. The existence of a new way of making black holes would have profound implications for our understanding of the history and evolution of stars and our Universe.

Some theories suggest that sub-solar mass black holes could be related to dark matter. Dark matter is a form of matter that makes up most of the mass in our Universe, but does not emit any light which makes it very difficult to study. Black holes are similarly dark; while they can’t be seen, their presence can be felt through their gravitational effects.

Many theories explore the possibility that dark matter is a new type of fundamental particle that interacts primarily through the gravitational force. Recently, theorists have shown that particle dark matter with certain characteristics could lead to the creation of black holes at masses that stellar evolution cannot explain. One possibility is that the particles could interact with neutron stars and cause them to collapse to black holes, while another hypothesis suggests that black holes could form directly from the collapse of a sufficiently massive cloud of dark matter particles.

Other theories posit that dark matter is composed not of particles, but primordial black holes. These are a theoretical type of black hole that could have been formed by random variations in the density of material in the very early Universe. Since they are not formed by the collapse of massive stars, primordial black holes could conceivably exist at masses not accessible via known processes (such as at sub-solar masses).

Using LIGO data from 2016 and 2017, we searched for black holes as light as one fifth the mass of our Sun. We didn’t find any candidate signals for black holes under one solar mass. Using our non-detection of these black holes, we were able to place new limits on how much of the total amount of dark matter could be made up of primordial black holes. We also presented our tightest limits to date on the merger rate density of compact objects at this mass, which tells us how many compact objects we expect to merge per unit volume per year. This quantity is important because it makes no assumptions on the origin of the object, so it applies equally well to sub-solar mass black holes produced by particle dark matter or primordial mechanisms. The rate and dark matter fraction constraints are both about three times tighter than the constraints presented in our search over data from 2015 and 2016.

Advanced LIGO and Advanced Virgo have entered a new observing run more sensitive than ever and have already identified several promising candidate gravitational waves. LIGO and Virgo’s improved sensitivity allows them to probe a much larger volume of the Universe, which will allow them to either detect a sub-solar mass black hole or place even tighter constraints on their abundance! 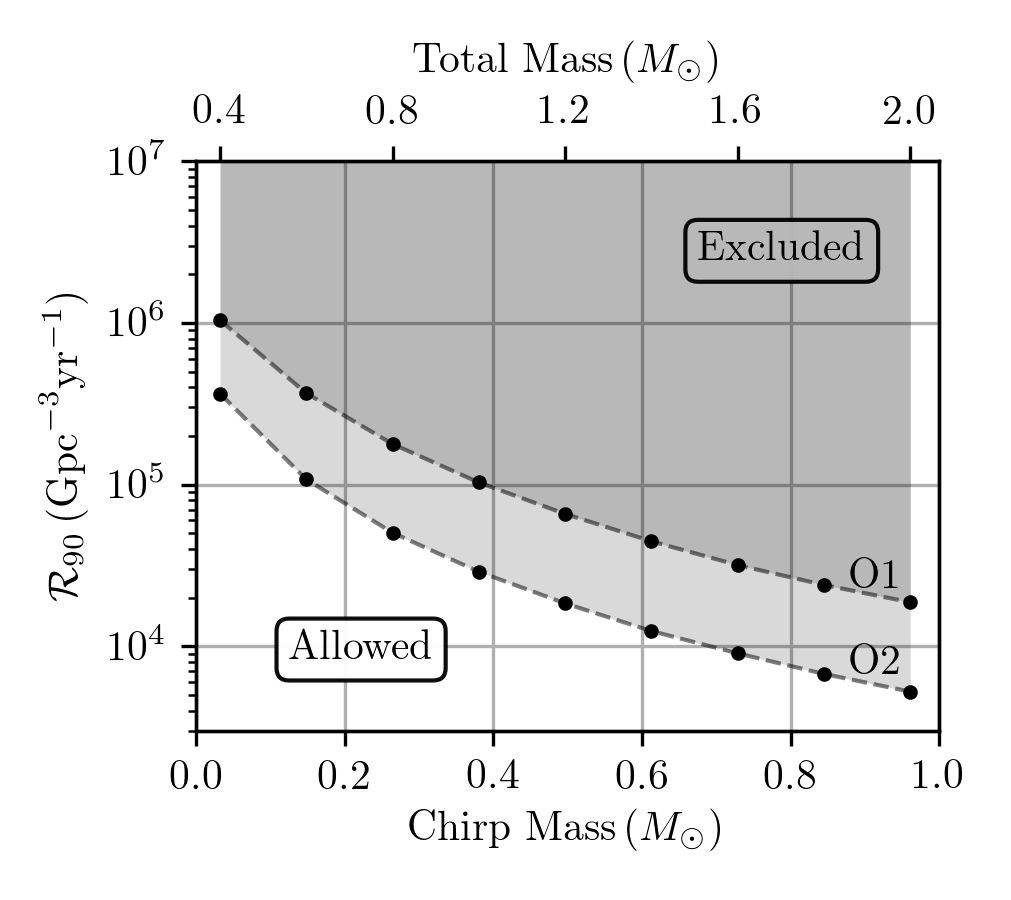 Figure 1: The upper limits on the merger rate density (number of mergers per unit time per unit volume) of equal mass binaries of sub-solar mass, shown as a function of the chirp mass of the binary. We use measure this in units of events per year per cubic Gigaparsec, which is a cosmic measure of volume. 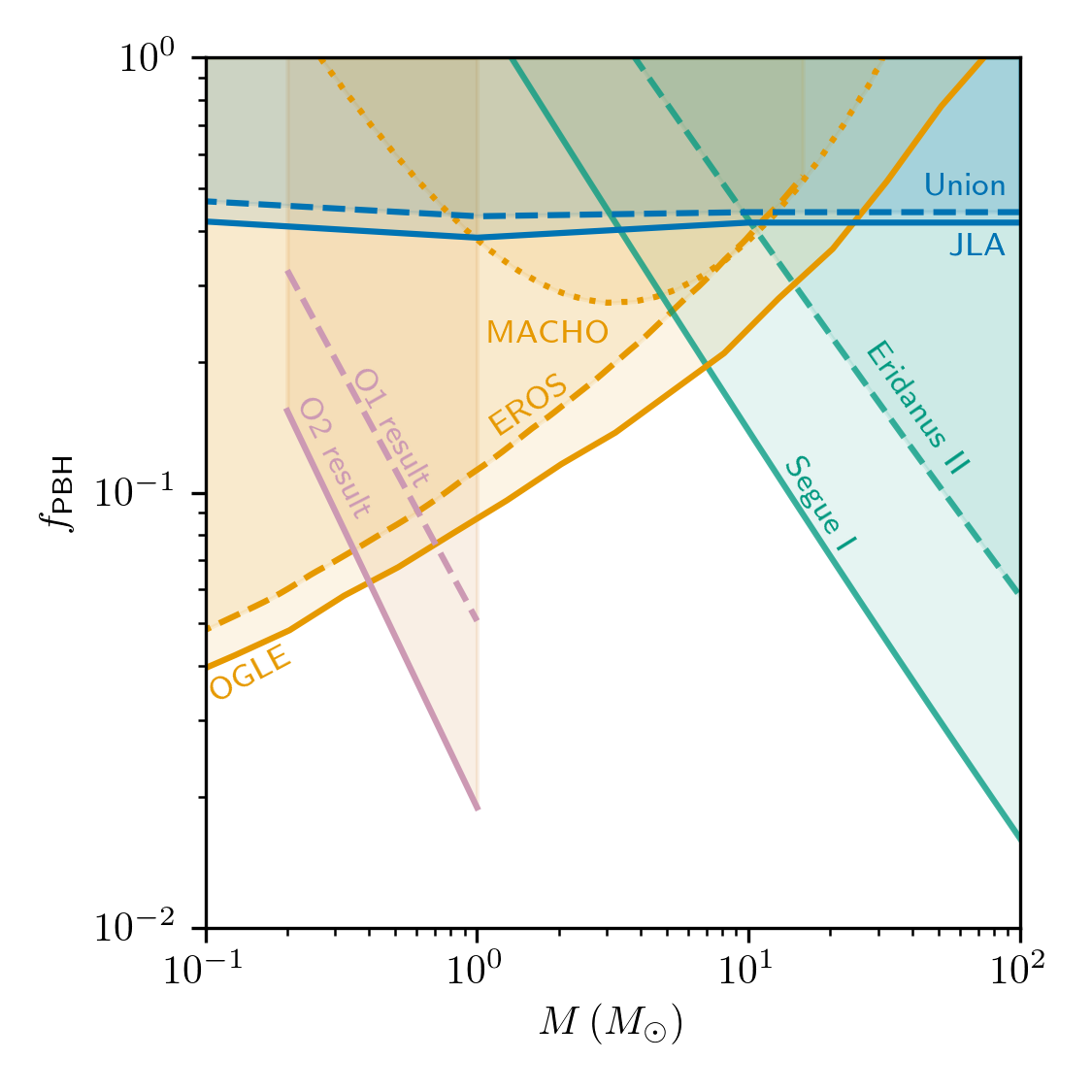