LIGO's first detection of a binary black hole merger, GW150914, opened a gravitational-wave window on the Universe. We are now able to resolve tiny ripples in space and time coming from far away galaxies and explore the frontiers of physics. Nine black hole merger detections have followed, and, so far, LIGO and its partner detector, Virgo, have made one detection of a binary neutron star merger in 2017. Gravitational-wave signals from black hole and neutron star mergers only last for a short period of time and are well-modelled by Einstein's General Theory of Relativity. However, theoretical studies offer a motivation to look for long-lasting gravitational waves with minimal assumptions about the signal model, and that is what we have done in this work. We also call these long-lasting signals persistent.

Astronomers think that neutron stars in our Milky Way galaxy may not be perfectly spherical and thus emit gravitational radiation as they spin. At the same time, theoretical axion particles, if they exist, can potentially interact with black holes by a process called super-radiance, which leads to the emission of gravitational waves. From theorists' point of view, these are examples of phenomena that could emit strong enough gravitational waves to be detected and studied in the future. From an observer's perspective, these are examples of gravitational waves that would be emitted almost at the same frequency, from a particular point in the sky (point source). We employ radiometry to search for arbitrary narrowband signals from three interesting directions: the Galactic Centre, Supernova 1987A, and Scorpius X-1, the brightest extrasolar X-ray source in the sky. We report on a feature in the data that may look like a signal (Figure 3), but it turns out to be not consistent with a persistent gravitational-wave source. We also set limits on the amount of gravitational waves coming from each of these three directions.

Even though we have not detected gravitational waves with this particular search, we can put constraints on the maximum strength of gravitational-wave signals that could have been missed. This work improves on previous results by a factor of 1.5. The sky maps show the maximum possible energy density of the gravitational-wave background that is compatible with our observations. Persistent gravitational waves, if detected in following LIGO observing runs, could help us to learn more about the Universe. Minimal assumptions about the signal model could potentially lead us to the unexpected discovery, which is even more exciting! 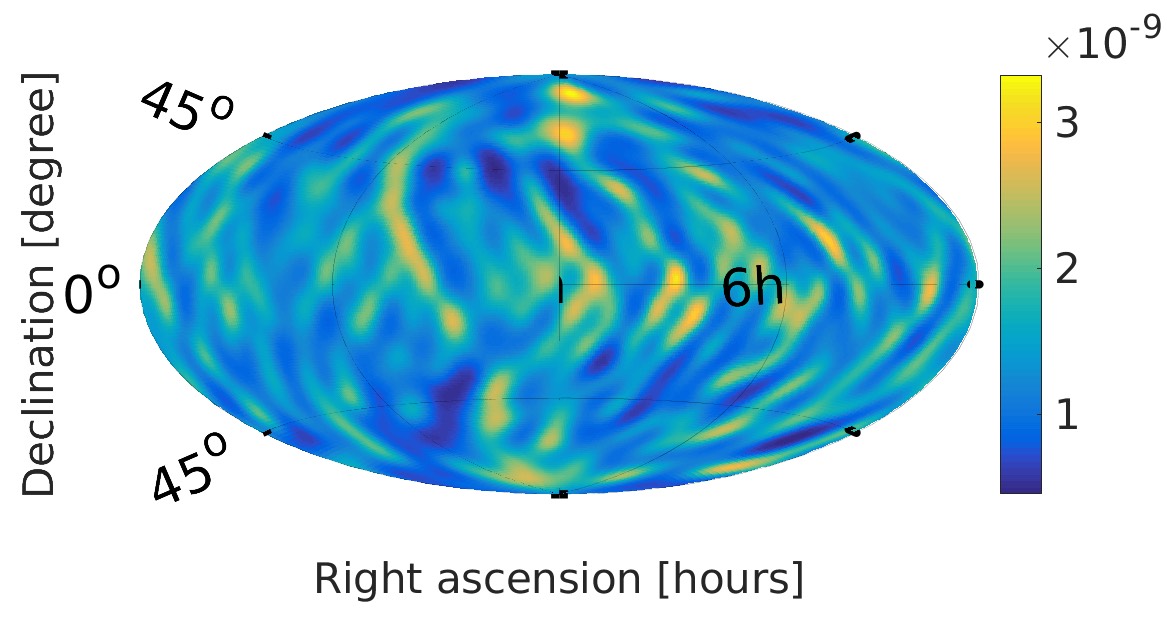 Figure 1. Sky map of maximum gravitational-wave flux from point sources that cannot be ruled out during Advanced LIGO O2 run. 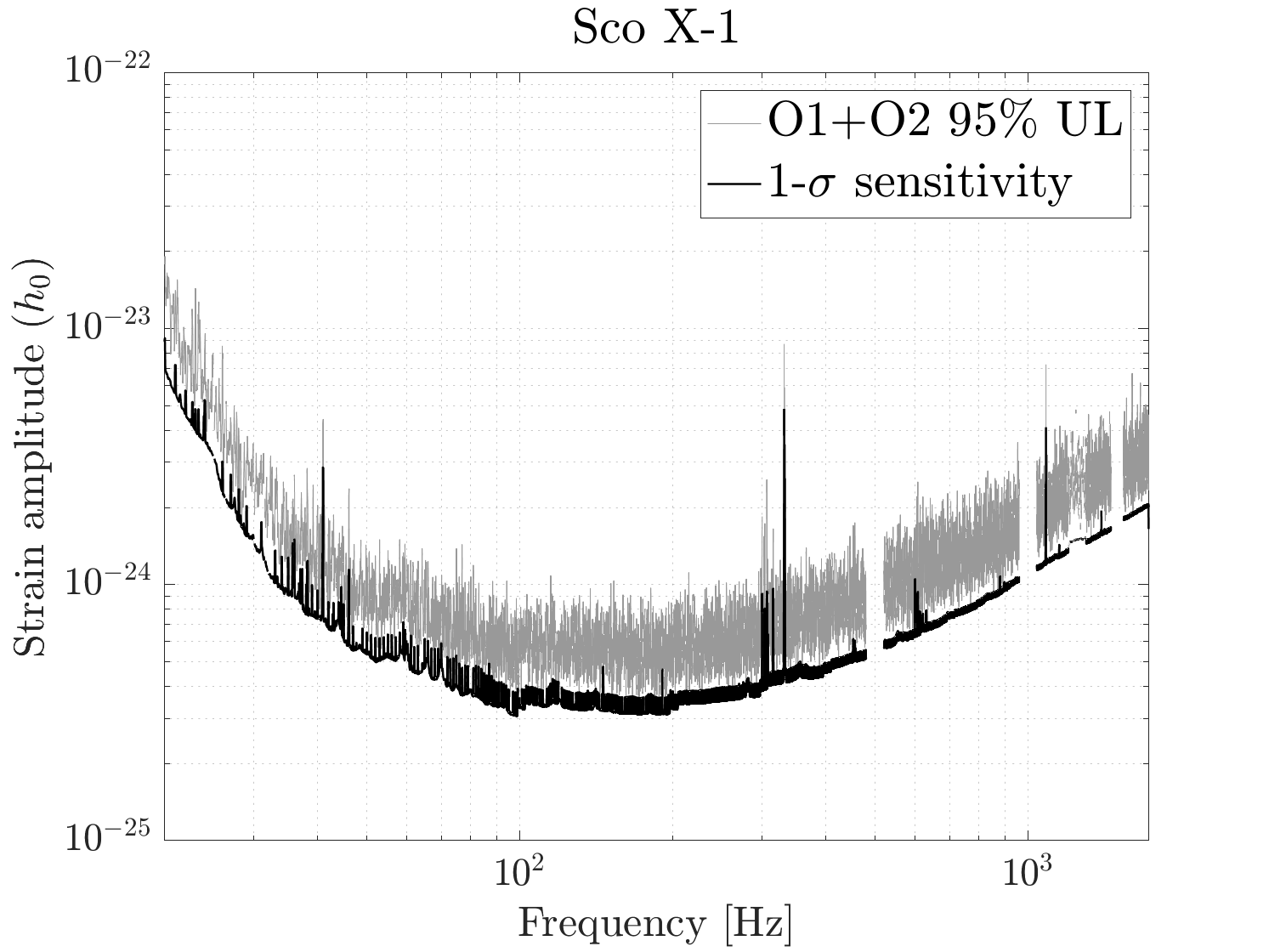 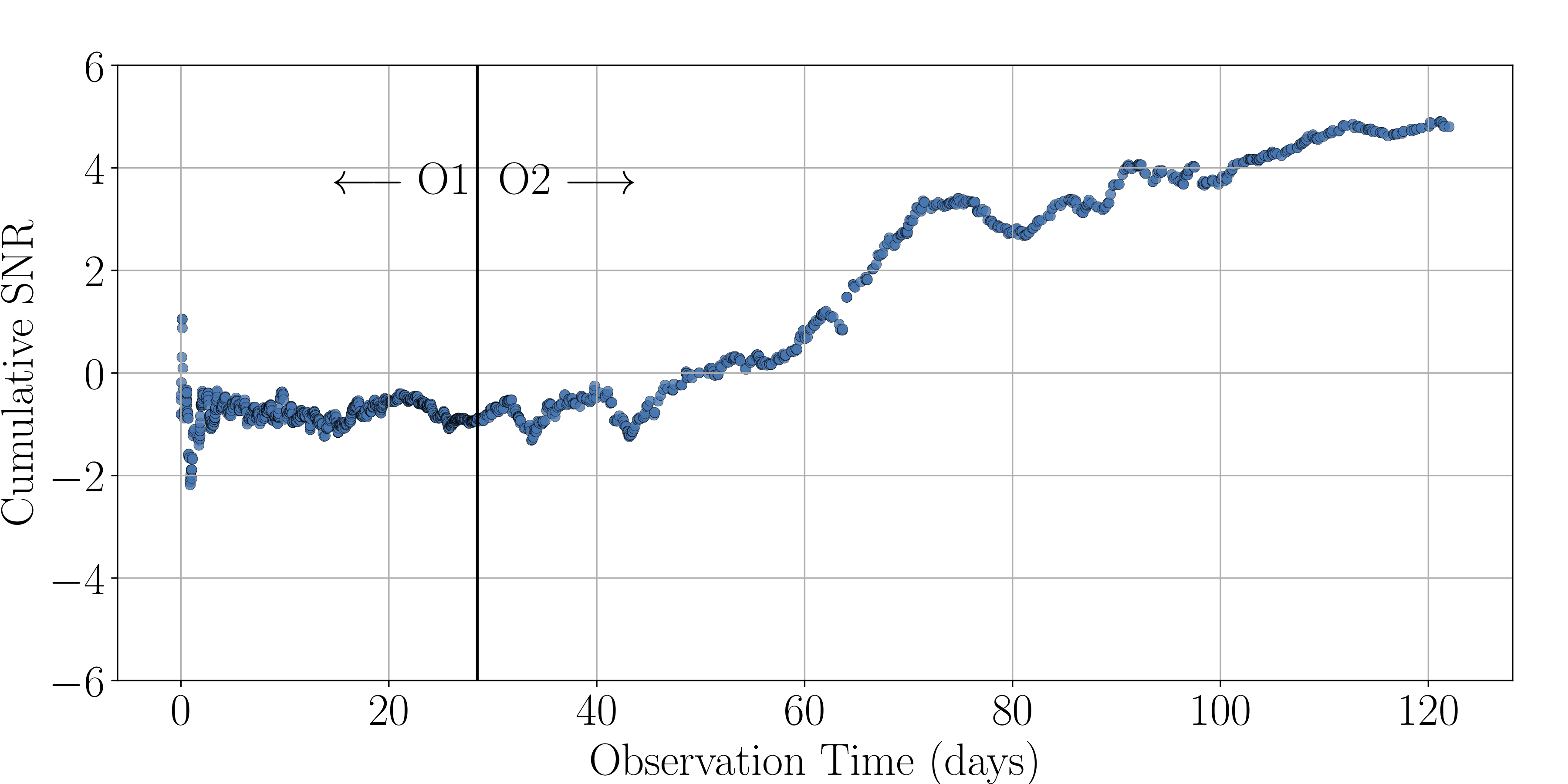 Figure 3. Time evolution of the ratio of signal to noise for the outlier reported in the search for narrowband signals. The outlier does not appear in combined data from O1 and O2 runs, but it will be monitored in future observing runs.