Fast Radio Bursts (FRBs) are bright, millisecond duration radio bursts that are so bright we can see them from billions of light years away. Since their discovery over a decade ago, the sources of FRBs are still unknown, and although there have been hints to the origin, remain one of the outstanding questions in astronomy.

At first FRBs were thought to be produced through sudden, violent events, such as those that signal the deaths of massive stars (supernova) or indicate the merger of compact objects such as neutron stars and black holes. However, the discovery of a small population of FRBs with repeating bursts has suggested some are produced by more persistent sources; these could be highly magnetised neutron stars that have occasional outbursts of energy (these are called magnetars). A recent repeating FRB was associated with a known magnetar in our Galaxy to confirm this hypothesis. However, many more have not been observed to repeat, despite many hours of monitoring.

The goal of this paper was to hunt for gravitational wave (GW) signals using the positions in the sky and the occurrence times of known FRBs. We can also get an idea of the distance of each FRB through the way it interacts with free electrons along the line of sight. This is because lower frequency part of the FRB signal is delayed relative to the higher frequency. The amount of delay gives us a valuable clue to the distance of the FRB. It is hoped that this search could find a GW counterpart to an FRB. Alternatively, as we have a measure of the distance to each FRB, and know the range to which a particular type of GW could be detected, if we do not detect GWs we could rule out an association for that event.

This paper is in collaboration with the CHIME/FRB project of the Canadian Hydrogen Intensity Mapping Experiment (CHIME). CHIME/FRB detects many hundreds of FRBs each year and provided LIGO and Virgo with data from around 350 FRBs. These occurred between April and September 2019, when LIGO and Virgo carried out a period of data taking, called O3a.

How we hunt for gravitational Waves

We use two different techniques to hunt for GW signals from FRBs. The first technique doesn't take into account the shape a GW signal could have; only that it would appear consistently in the LIGO and Virgo observatories. This means it could find GWs made by neutron star collisions, collapsing stars or magnetar outbursts. We call this the `generic' search method.

Our second technique only looks for signals with a specific kind of shape, called a chirp. This type of signal is produced when pairs of dense star-like objects spiral around one another and eventually collide, including pairs of neutron stars or a black hole and neutron star pair. For this reason, we only use this `modeled' search on FRBs that have not been seen to repeat (as such a merger can only happen once).

The results of our gravitational wave searches

During this time we ran our generic method for a set of 39 FRBs, and our modeled method for 22. We did not find GWs associated with any of these FRBs. This is not unexpected for two reasons. The GWs from un-modelled type signals are expected to be quite weak - therefore these would have to be occur relatively close (at least in the Milky Way). Secondly, although the modelled search is more sensitive, most of the FRBs occur at too large a distance.

When we don't find a GW signal corresponding to an FRB, we measure the distance to which our observatories would reliably detect various types of signals by adding fake GWs to our data and seeing which ones our methods find. This allows us to say, for each FRB in our set, that if the FRB also produced a certain type of GW, it must have happened further away than a certain distance. If it had been any closer, we shouldn't have missed the GWs from it. The results from all our searches produce a measure of this quantity, which we call an exclusion distance. These are shown in the Figure 2 as different colored bars for three different type of GW signal. In this plot we also show a black line to represent the distance of each FRB. We plot a line rather than a single point as there is a lot of uncertainty - so we think the true FRB distance is somewhere on the line.

Although the O3a run produced no GWs from any FRB, plans are under way to search though the next 6 months of GW data (O3b) and then improve our detectors. As GW observatories get more and more sensitive, the greater astronomical reach will have an ever greater chance of detecting GWs associated with FRBs. Combining the information we get from the individual GWs and FRBs can provide valuable new insights on the mechanisms and properties of these enigmatic bursts. 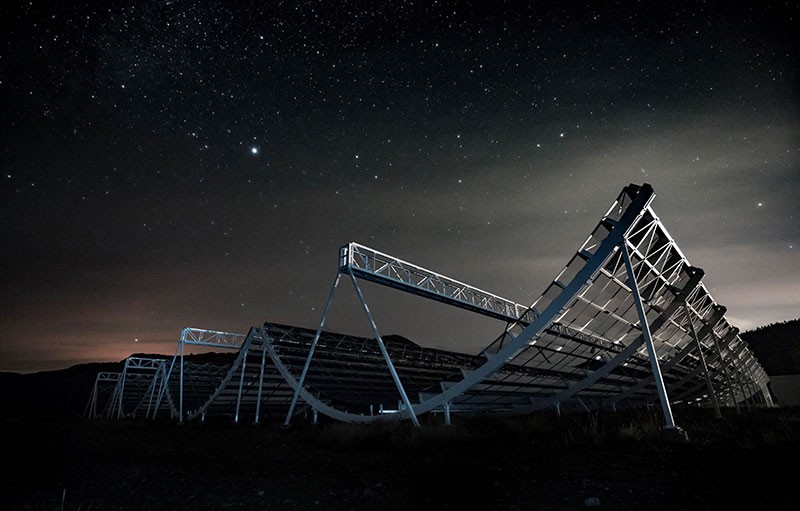 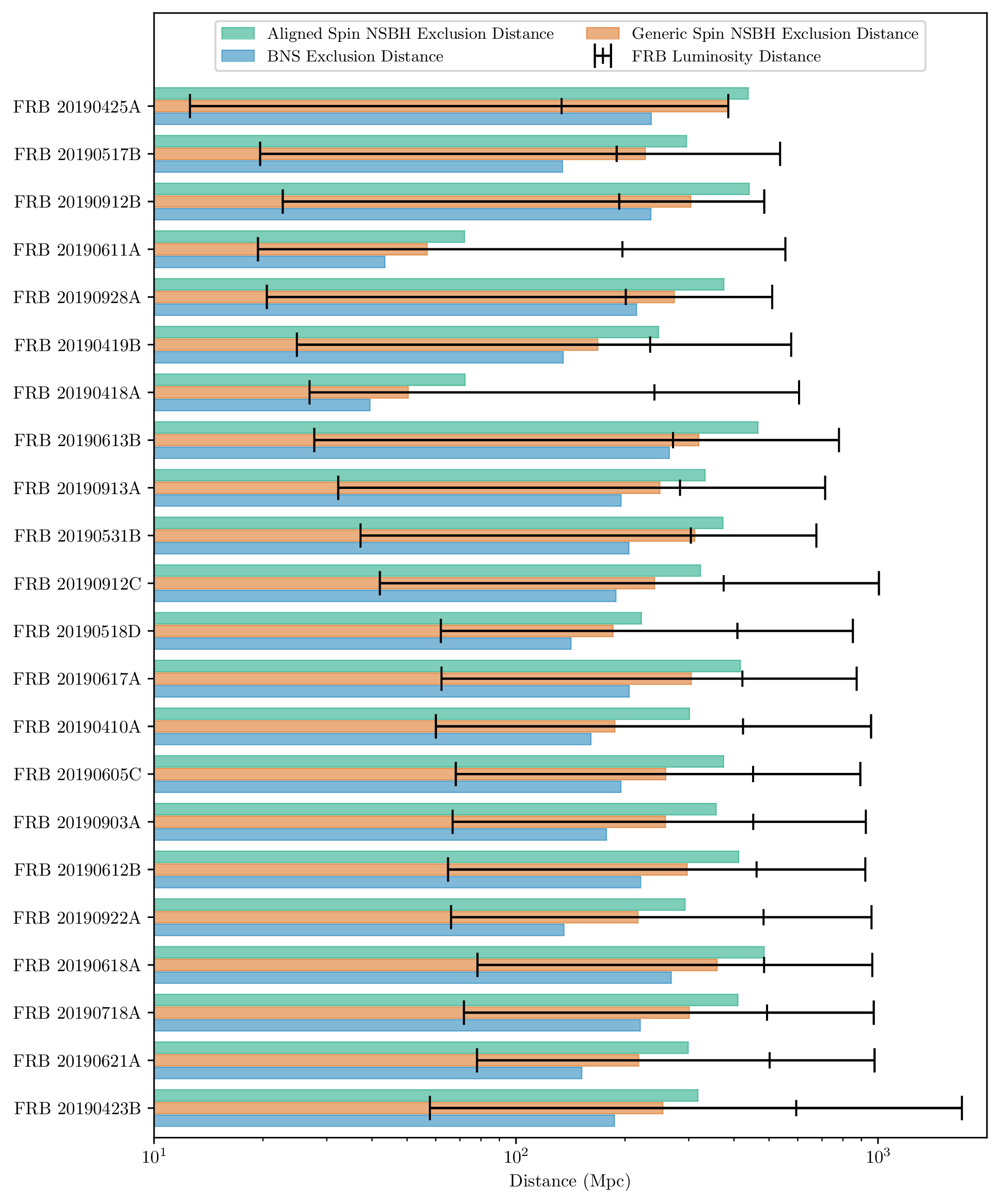 Figure 2: The colored horizontal bars show the maximum ranges we could see gravitational waves from merging neutron stars (blue bars) and mergers of neutron star and black holes (green means the black holes and neutron stars spin in the same direction and orange means they have random spins). These are compared to the distance intervals for each FRB – we show a line rather than a point to show the uncertainty in all of these distance measures. Click on the image for a larger version.