This page has been prepared by the LIGO Scientific Collaboration (LSC) to make data associated with two LIGO gravitational wave detectors taken around the time of GRB051103 available to the broader community.

Data from these two LIGO detectors were searched for coincident signals consistent with a gravitational wave incident on both detectors.

It is widely believed that most short-hard GRBs result from the gravitational-radiation-induced coalescence of a binary system containing either two neutron stars or one neutron star and a black hole, so we focus on that scenario here. In such a scenario, gravitational waves would arrive at the earth within a few seconds of the gamma rays, so we look within a 6-second interval around the GRB time.

Times in the 6-second interval between 09:25:37 and 09:25:43 UTC on 3 November 2005 are referred to as "on source". This is where we search for a signal associated with GRB051103. There are 324 6-second intervals that are referred to as "Off source" times, selected between 08:54:25 and 09:30:55 UTC (excluding the on-source time and a buffer region around it). These are used to estimate the background distribution of random noise triggers that are also present in the "on source" interval.

LIGO data contain, in addition to potentially detectable gravitational wave signals, non-stationary, non-Gaussian noise. Noise fluctuations can register as "triggers", at a rate high enough that they can be accidentally coincident (within fractions of a second) between the H2 and L1 detectors - the background that can fake a signal. Coincident triggers are observed in the "on-source" observation time. However, the rate and significance ("loudness") of those triggers is statistically consistent with those from "off-source" times, where we expect to see only background. Hence, we observe no loud signal above background in the LIGO data.

The one-sided detector strain noise amplitude spectra around the time of GRB051103, as hdf5, gzipped ascii text files and plots (png and pdf). The vertical scale is strain per sqrt Hz.

Omegagrams are time-frequency plots of the sort shown above. See their definition and further plots.

Data quality for individual detectors, starting at GPS 815043278 (Thu Nov 03 08:54:25 GMT 2005):
None of these data are vetoed due to problems with the data quality; all data from both detectors during this time are unvetoed and are of good science quality.

If GRB051103 was produced by the binary merger (coalescence) of a neutron star with a black hole or another neutron star in M81, it would produce a characteristic Compact Binary Coalescence (CBC) waveform in the LIGO detectors. See the description of event triggers from the CBC search in data around GRB051103. 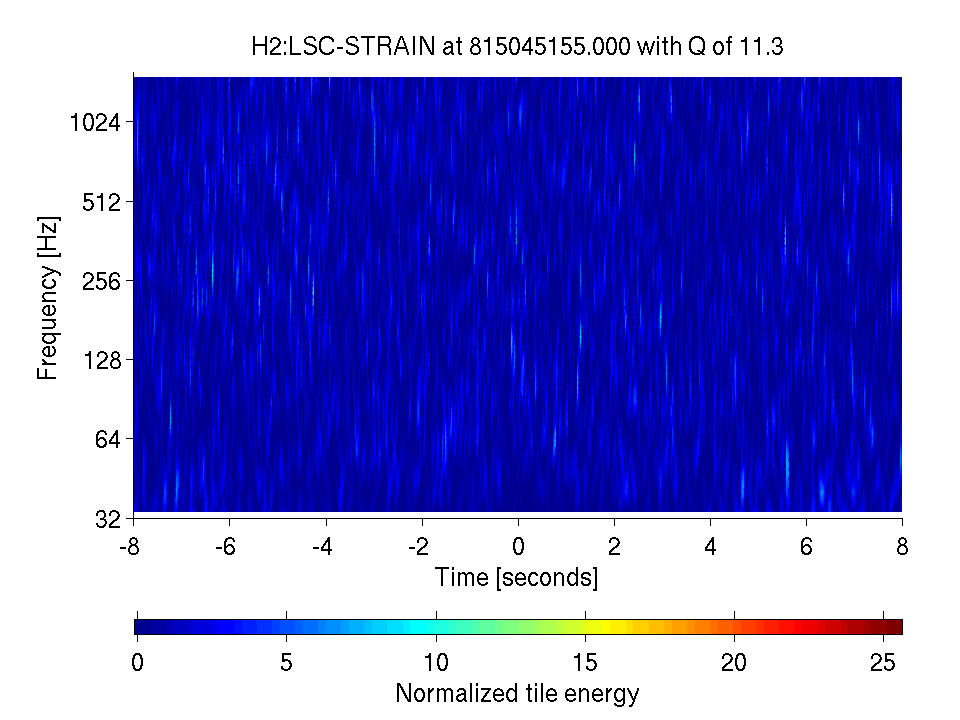 Omegagram of strain data from H2 near the time of GRB051103. (More information on omegagrams). 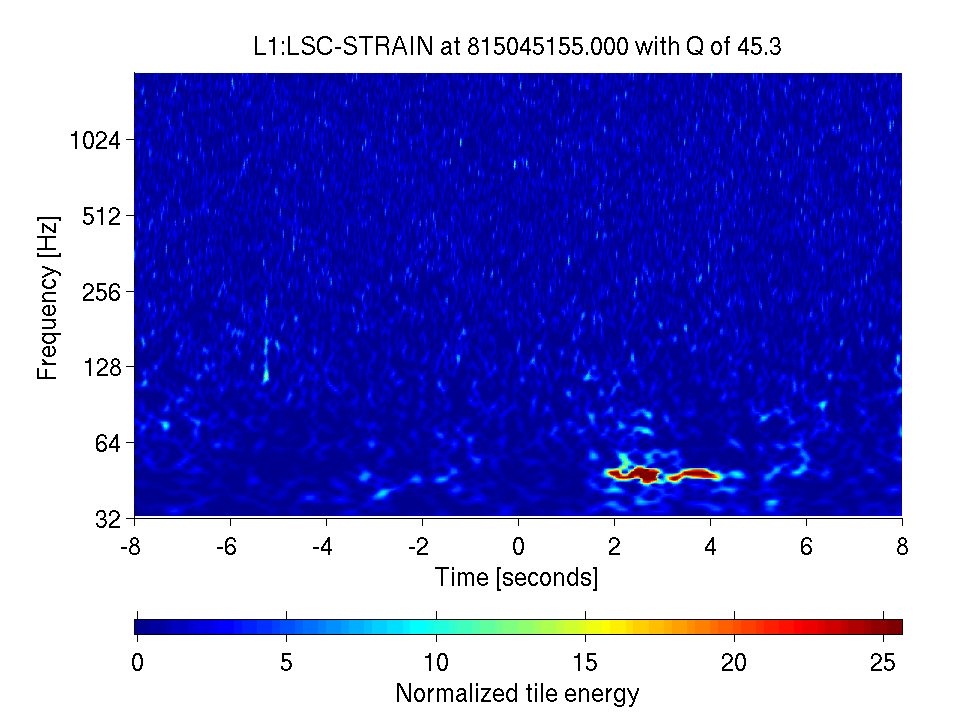 Omegagram of strain data from L1 near the GRB051103 time. The red blob near the bottom between 2 and 4 seconds is a detector data glitch which is mostly below 40 Hz. Our BNS templates start at 40 Hz because the detector noise rises sharply at lower frequencies, so they are largely insensitive to these kinds of glitches. 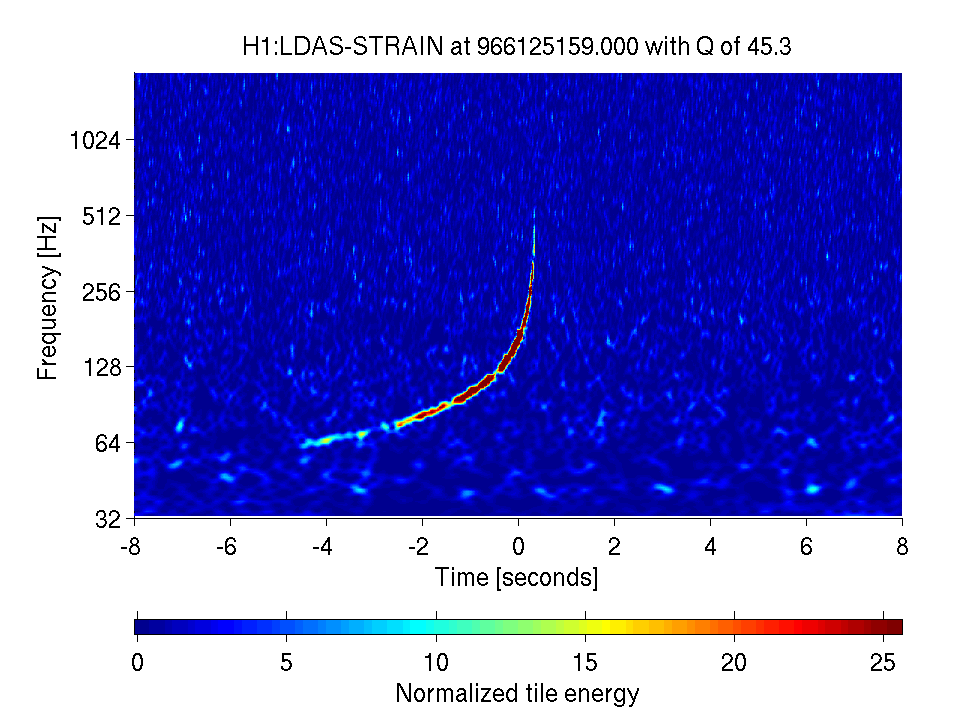 Omegagram of strain data from H1 near a simulated BNS signal at 3.5 Mpc injected in to the detector. More information on omegagrams.