All data produced by the LIGO Scientific Collaboration (including past data releases) are hosted at the
Gravitational Wave Open Science Center (GWOSC).

Historical data releases
All data from Advanced LIGO can be found at GWOSC. GWOSC also hosts data releases from initial LIGO (S5 and S6 observing runs; constraints on GRB051103, and data from a blind injection study).

Some additional historical data (which are not formally LSC data products) are listed below: 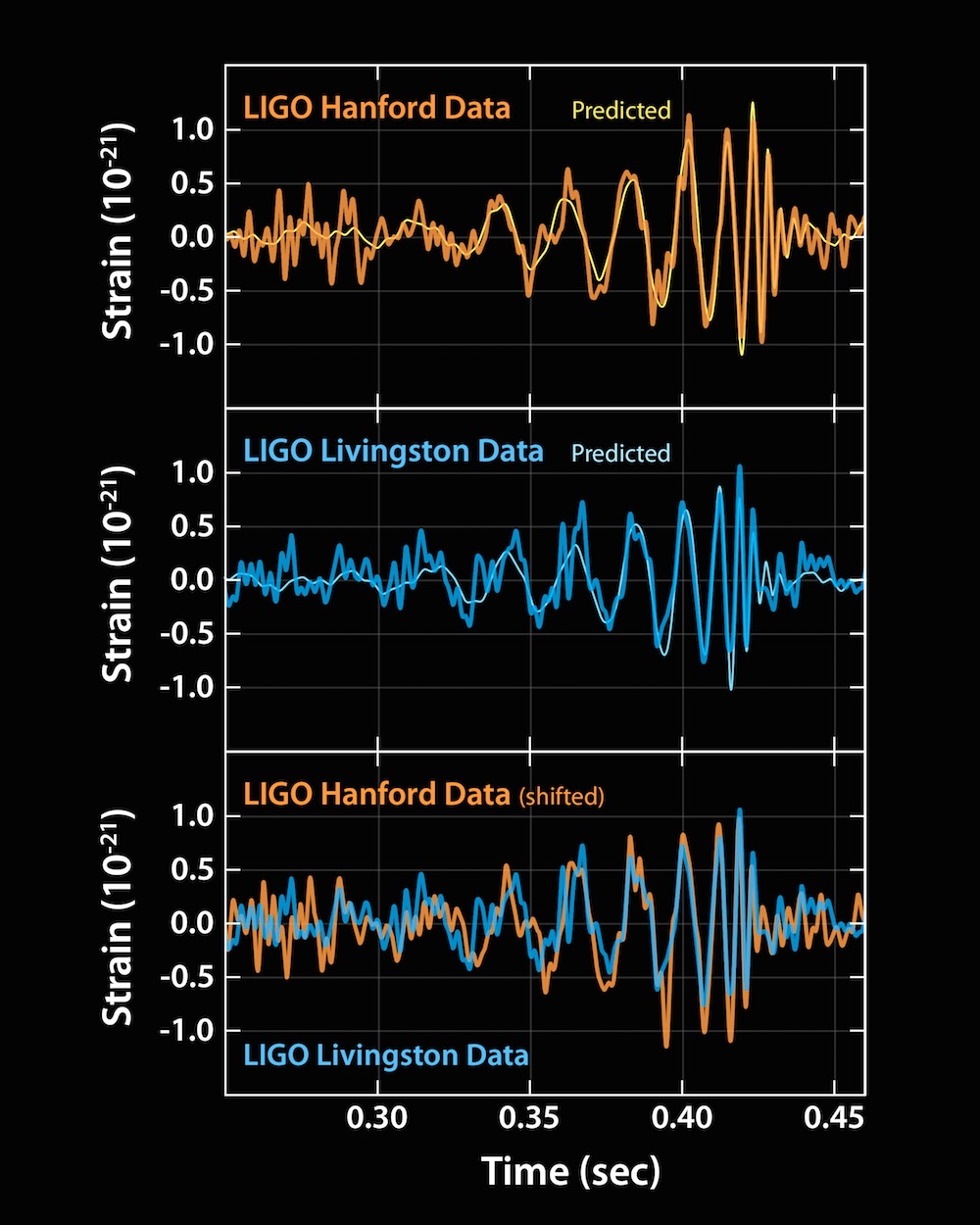 These plots show the signals of gravitational waves detected by the twin LIGO observatories at Livingston, Louisiana, and Hanford, Washington. The signals came from two merging black holes, each about 30 times the mass of our sun, lying 1.3 billion light-years away.

The top two plots show data received at Livingston and Hanford, along with the predicted shapes for the waveform. These predicted waveforms show what two merging black holes should look like according to the equations of Albert Einstein's general theory of relativity, along with the instrument's ever-present noise. Time is plotted on the X-axis and strain on the Y-axis. Strain represents the fractional amount by which distances are distorted.

The final plot compares data from both detectors. The Hanford data have been inverted for comparison, due to the differences in orientation of the detectors at the two sites. The data were also shifted to correct for the travel time of the gravitational-wave signals between Livingston and Hanford (the signal first reached Livingston, and then, traveling at the speed of light, reached Hanford seven thousandths of a second later). As the plot demonstrates, both detectors witnessed the same event, confirming the detection. (Credit: Caltech/MIT/LIGO Lab)